We know that barbecue didn’t get its start in San Diego, or even in California, but it’s certainly starting to set down some roots here. This is especially true for barbecue in San Diego, as more and more BBQ restaurants, such as Felix’s BBQ With Soul, establish themselves here. Many of our wonderful customers are transplants from the South who come to us for a taste of home, but for many others, our restaurants are their introduction to Southern barbecue. To help anyone that didn’t grow up with authentic barbecue get more familiar with it, we’ve put together this short guide to Southern barbecue in San Diego.

First things first: when it comes to barbecue in San Diego, there are some terms that you should know. For example, grilling burgers and hot dogs in your backyard is not “barbecue”. If that’s what you think of when someone mentions barbecue, this guide is just for you.

True barbecue is a noun rather than a verb, and it refers to meat cooked over indirect heat, usually in the form of a wood fire, for a significant amount of time, such as up to 18 hours. This results in amazing flavor created from the smoke, meat juices, fat, and spices coming together over the course of cooking.

Here are some other important Southern barbecue-related terms that you should know:

There are a variety of ways to cook barbecue, although the techniques and equipment may make them seem similar. One thing that is always true, though, regardless of the method used, is that it is a slow and long process.

Among those who take barbecue seriously, there’s a lot of debate about whether wood (and what type), charcoal, or gas is results in the best bbq. Barbecue may also be cooked wet, with a marinade, or dry, which involves a rub. In the end, everyone’s cooking method is unique to them and will depend on where they come from as well as trial, error, and time.

When it comes to barbecue in San Diego, we at Felix’s BBQ With Soul prefer to serve wet barbecue that’s slow-cooked in our genuine hickory wood-burning pit. 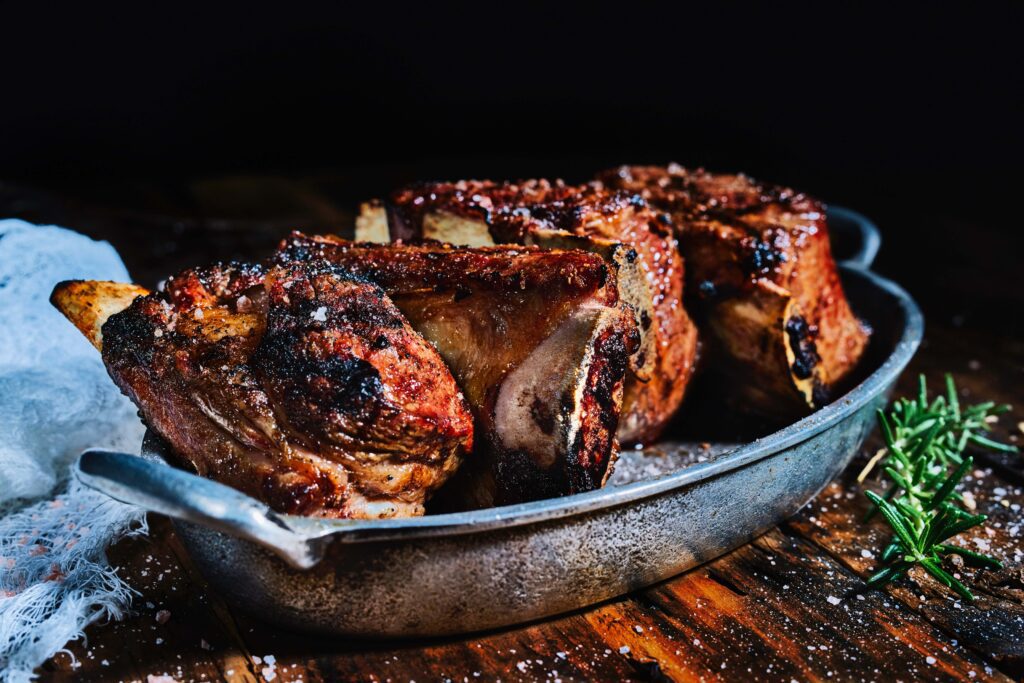 The following are some of the most well-known styles of barbecue. The list isn’t exhaustive, but these are the most commonly encountered styles, especially here in San Diego.

This style of barbecue is generally cooked in a pit and ribs are prepared either dry or wet. Dry ribs are usually covered with a rub made of salt and a variety of other spices. These ribs are usually eaten without sauce. Wet Memphis-style ribs are brushed with sauce before, during, and after cooking. Memphis’s barbecue sauce is thinner than what you’ll find in Kansas City, although Memphis inspired KC’s bbq tradition.

Kansas City-style barbecue is best known for its thick, sweet sauce made of tomatoes and molasses, which was inspired by Memphis-style barbecue. This sauce is dense, sugary, and almost ketchup-like in its texture and consistency. This style also incorporates a variety of meats, which we’ll discuss in more detail in the next section. Burnt, crispy edges are also a signature of this barbecue style.

North Carolina’s signature is a barbecue sauce that is thin, fiery, and vinegar-based, while South Caroline’s sauce is known as “Carolina Gold” and adds a bit of mustard to the North Carolina combination. This style focuses on slow-roasted whole hog barbecue, which takes place over the course of 12 to 24 hours.

Beef ribs, brisket, and hot links are the most popular cuts of Texas-style barbecue, and they’re topped off with a tomato-based sauce that’s thinner and not quite as sweet as Kansas City’s. Here, brisket is smoked over oak wood, sliced, and served without sauce. South Texas is known for mesquite-smoked barbacoa, a style with roots in the Caribbean and made with meat from a cow head. It’s slow-cooked over a fire pit and covered in agave leaves to seal in the smoky flavor. In East Texas, sausages and chopped beef sandwiches are covered in a spicy, vinegar-based sauce, usually served with pickles and sliced onions.

Barbecue in San Diego is influenced by a variety of regional styles, so you’ll find all kinds of meats and cuts in restaurants. Although some will argue that barbecue isn’t barbecue unless it’s pork, there’s no limit to what meat can be cooked to barbecue perfection. Some options include sausage, brisket, ribs (beef and pork), chicken, turkey, ham, pork shoulder, goat, and lamb.

Generally, though, the type of meat cooked will depend on the regional style of barbecue the cooking is informed by. For example, in North and South Carolina, barbecue has traditionally focused on pork. In Texas, beef is a favorite due to the region’s history of cattle ranchers, but pork ribs are popular as well. Memphis, like the Carolinas, focuses on pork, specializing in smoked pulled pork, and wet and dry ribs. Kansas City barbecue was born out Memphis-style, which is why it takes the sweet and spicy sauce Memphis is known for but applies it to beef and other meats like chicken, turkey, and fish rather than sticking strictly to pork.

Felix, our founder, grew up in Alabama surrounded by authentic barbecue and soul food. This is why it’s our mission to keep the tradition of BBQ, soul food, and Southern hospitality going strong by serving great barbecue in San Diego county.

Preserving this tradition is also why we’re dedicated to creating an authentic experience for every customer that visits any of our locations. It’s why we take extra time to make our food with care and it’s why your food isn’t ready until you’ve ordered it. We know that barbecue fresh off the grill can’t be compared to barbecue that’s been prepared ahead of time and we know that our customers understand that quality food is worth the wait.

So if you’re looking for authentic barbecue in San Diego, we’d love to see you! And remember, you can order online to make your visit more convenient.