You may enjoy some delicious barbecue in San Diego just like we do, but it definitely didn’t originate here. The history of barbecue is as rich as barbecue sauce itself!

First, there are many different ideas of what barbecue really is. Grilling, or just putting meat on a grill to cook it isn’t true traditional barbecue. In fact, just because a piece of meat has barbecue sauce on it, that doesn’t mean it’s barbecue either! True barbecue is meat cooked over indirect heat, usually in the form of a wood fire, for a significant amount of time – sometimes up to 18 hours. This results in amazing flavor created from the smoke, meat juices, fat, and spices coming together over the course of cooking.

Even after determining the definition of barbecue, there’s still plenty of debate among barbecue devotees about what constitutes “real” barbecue. For example, in areas like Texas, barbecue usually refers to beef, while in other areas like South Carolina, it’s not barbecue unless the meat is pork. But how did barbecue as we know it even originate? Keep reading to learn everything you should know about the history of barbecue.

Barbacoa – The History of Barbecue Begins

Although it’s not totally clear how the term barbecue entered our lexicon, it’s most commonly believed that it developed from the Spanish word barbacoa. Spanish conquistadors are believed to have used this term to refer to the method indigenous people living in the Caribbean used to slow-cook meat. Cooking meat on small racks over small, smoky fires preserved the meat and kept it from becoming bug-infested.

Of course, as these conquistadors moved on in their expeditions and went north, they took barbacoa with them. In fact, in 1540 it was recorded that the Chickasaw tribe cooked a barbacoa pork feast near the area that is now Tupelo, Mississippi, as a result of influence from explorer Hernando de Soto. Eventually, barbacoa went all the way to Virginia. 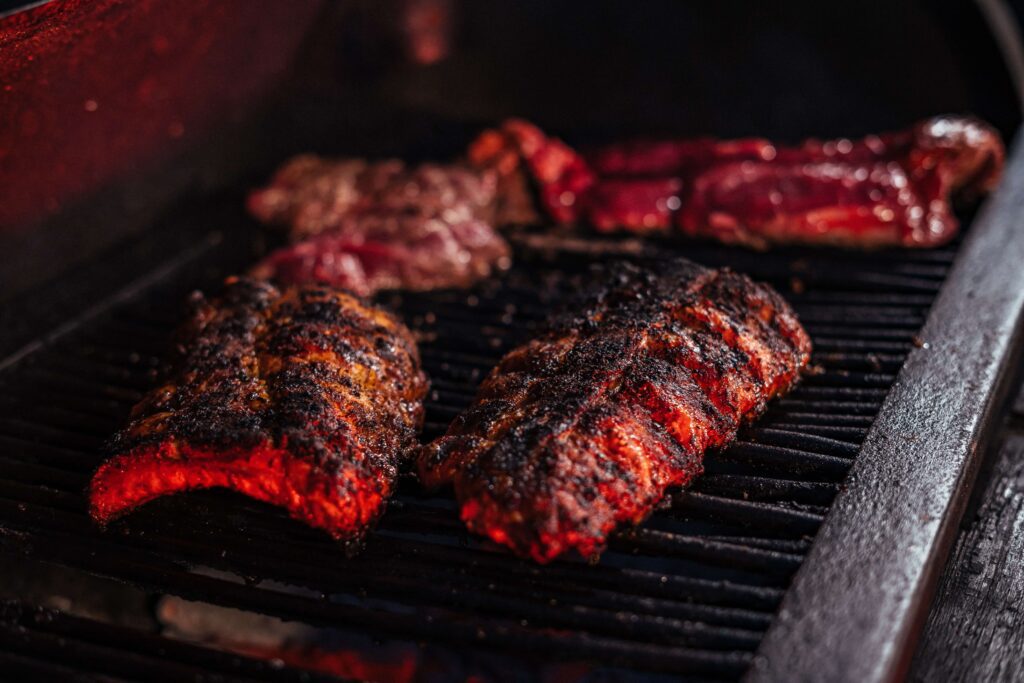 The Link Between Barbecue and Pork

As we mentioned earlier, purists argue that only pork is true barbecue. This is because the barbecue that originated in the southern colonies was exclusively made with pork. Pigs became the staple livestock for these colonies because they could be set loose in forests to eat if farmers couldn’t afford to feed them. This wasn’t an option when raising cows, making them much more expensive to maintain. However, this made pigs very lean when slaughtered, which is why Southerners came to rely on the slow cooking method of barbecue to tenderize their pork. In fact, Southerners ate an average of five pounds of pork for every one pound of cattle during the pre-Civil War years. This created the strong link between pork and barbecue that still exists today.

Fast-forwarding to the early 20th century, as Black Americans began to migrate from the South to Northern cities, they took barbecue recipes with them, further spreading this tradition throughout the United States. Because of the popularity of these recipes, there were Black-owned barbecue restaurants in just about every city in the United States by the 1950s! Eventually, barbecue, along with fried chicken, cornbread, and hush puppies came to be known as soul food.

However, to figure out why there are so many distinct styles of barbecue and how modern-day barbecue came to be, we have to go back in time, earlier in the history of barbecue. For example, “whole hog” barbecue is believed to have originated in Eastern colonies like Virginia and North Carolina. Adding sauce to meat as it cooked is believed to originate from British colonists who brought the idea of basting meat to preserve its juices and combined it with the slow cooking method. These British colonists tended to prefer a tart sauce, which is why even now, these areas use vinegar-based sauces.

Mustard-based sauce became popular in South Carolina, reflecting the preferences of the population, which was largely made up of French and German immigrants. This eventually moved to Texas, where German immigrants mostly raised cattle, leading to barbecue techniques being applied to beef. This is also why beef barbecue is so popular in Texas to this day! 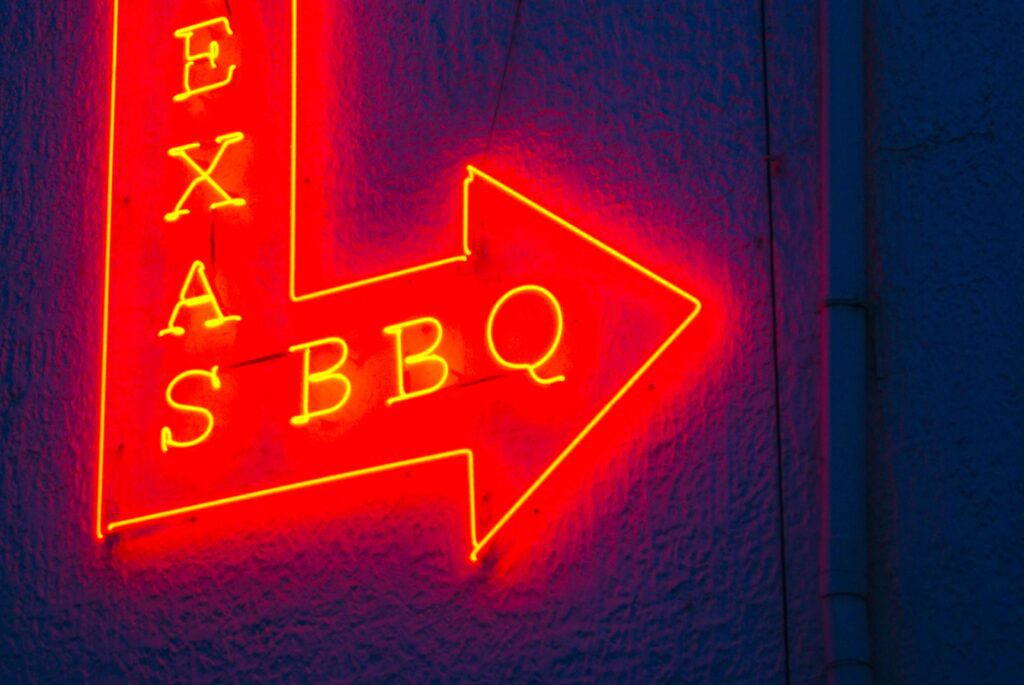 In Memphis, barbecue sauce became sweet due to the area’s proximity to the Mississippi River, which made it a popular port. Because of this, people in the area were able to get access to many goods that wouldn’t have been as easily available elsewhere, such as molasses. This ingredient is what shaped the sweet taste that Memphis barbecue is now known for.

Finally, Memphis’ tradition of sweet barbecue eventually gave birth to Kansas City barbecue. It all began in the early 1900s when Henry Perry moved to Kansas City from Memphis and opened his own barbecue restaurant.  This restaurant is credited with originating Kansas City’s specific style of barbecue, by taking sweet and spicy Memphis barbecue sauce but adding it to beef and other meats instead of sticking strictly to pork.

Now, other countries have developed their own unique styles of barbecue. One of the most popular is Korean barbecue, which is characterized by thin slices of beef and pork that is cooked and served with rice. Argentina’s asado is made without marinade and cooked in a smokeless pit. Finally, Taiwan has Mongolian barbecue, which is actually a type of stir-fry.

Felix’s BBQ With Soul Continues the History of Barbecue in San Diego!

The history of barbecue is important to us at Felix’s BBQ With Soul, and especially to our founder, who grew up in the South surrounded by authentic barbecue and soul food. This is why it’s important to us to keep this tradition going in San Diego county by serving great food and Southern hospitality.

Preserving this rich history is also why we’re dedicated to creating an authentic experience for every customer that visits any of our four locations. It’s why we take extra time to make our food with care and it’s why your food isn’t ready until you’ve ordered it. We know that barbecue fresh off the grill can’t be compared to barbecue that’s been prepared ahead of time and we know that our customers understand that top-quality food is worth the wait.

So if you’re looking for authentic BBQ and soul food in San Diego, we’d love to see you! And remember, you can order online to make your visit more convenient.